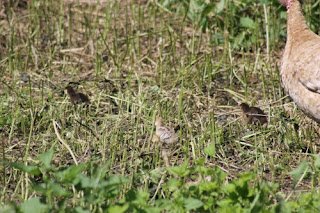 We are currently trying to fatten the two non-milking goats and when the other dries up, we butcher her too.  It is a bit sad but this is farm life, you have to make hard but right choices.
It might not be the end of Goats on our farm, we know two other farms so we could repopulate but until our livestyles change, we will be a sheep and poultry farm.
Posted by Unknown No comments:

Whilst topping up our animal feeds, we found this monster dead rat. Though it is scary that there are monstrous rats on the farm. It seems that one of the cats(probably Hobbes or the ghost of Jess) took it out. Another reason Why  we'll always have farm cats 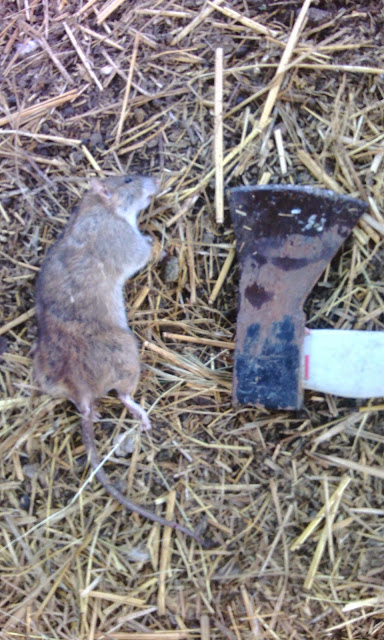